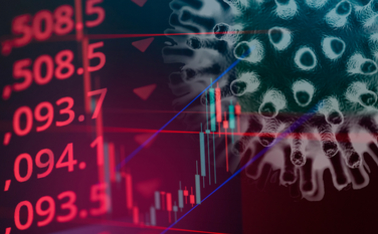 Throughout January, as we prepared to launch FX Markets, there was a lot of buzz about our lead story – a detailed look at the hidden, structural reasons for historically low volatility in foreign exchange. No-one else had told that story properly and – even before publication – the topic was generating a lot of interest from the traders we were speaking with.

Along with the buzz, we all felt a gnawing unease. The article would be the cover story for our launch issue; we had been working on it for weeks; we were calling it “Who killed FX volatility?”

So, what if – as we were about to publish – the volatility regime suddenly switched, making our work irrelevant? The universe is full of shadowy laws whose workings are not fully documented. We were scared such a law would scupper the article.

As it happened, the low-vol regime was still intact when we published on February 24, and it quickly became the most popular article of this year, and last.

It hasn’t aged well, though. The coronavirus had already reached Iran, Italy and South Korea in mid-February, and market wobbles became a full-fledged meltdown in March. Foreign exchange was not the market primarily affected, but it was dragged into the rout.

Suddenly, an article about the death of FX volatility looked like an artefact from prehistory.

It may become newly relevant in the months ahead. Massive liquidity support and stimulus packages have helped the financial markets through the first phase of this crisis. The second is likely to focus on the underlying economic damage – which is hard to price. There will be more volatility to come.

After that, though, with rates at rock-bottom levels across the developed world, FX may find itself becalmed once more.

As the head of FX at one large European asset manager puts it: “We have a volatility spike now and it might be here for two or three months, but the underlying environment for why volatility was low in the first place hasn’t yet changed. The volatility we’re seeing now is an event-driven spike, not a structurally driven one.”

Other market participants see it differently. The paradigm has changed, and structural forces will take a back seat to the market’s varying assessments of economic damage – and while other markets remain illiquid, FX will become the proxy hedger’s go-to tool.

One thing’s for sure: we won’t be putting a major feature about volatility regimes on the cover again. Or, probably not, anyway.