How did markets fare with volatility in the new liquidity landscape?

By all accounts, markets have been relatively subdued for the past few years. Simon Campbell, group head of trading at CMC Markets, discusses how – while there have been occasional flurries of volatility around Brexit, the US elections and the trans-Pacific trade war – the realisation that the Covid‑19 pandemic would wreak havoc on lives, livelihoods and economies across the globe saw a significant increase in market activity

Since the Swiss franc move of 2015, liquidity provision has changed significantly. How did the market compare in 2020? 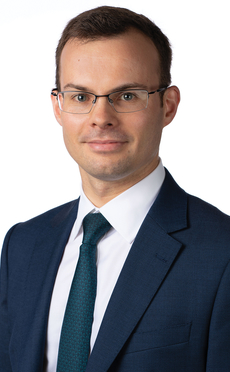 Simon Campbell: The abandoning of the euro/Swiss franc peg had a far more sudden impact on the underlying market than has been seen with Covid‑19. Awareness of the virus had been building over time and, as a result, volatility accelerated, but spread over a period of a couple of weeks. The consequence of this was that liquidity started to thin out and spreads widened ahead of that key spike in activity around the middle of March, but the reversion proved rather sluggish too.

That contrasts quite distinctly with the Swiss National Bank’s intervention of 2015, where – although there had previously been some suggestions the peg might prove unsustainable – the news dropped immediately, resulting in a far more dramatic market impact. There were plenty of instances where market participants saw spreads widen dramatically before becoming unable to make prices at all. However, once the dust settled and markets were over that initial shock, the return to more normal conditions was far faster than we saw earlier this year.

The pool of banks willing to offer prime brokerage services has contracted in recent years – has this had a meaningful impact on the underlying market?

Simon Campbell: There’s a lot of debate about how the availability of underlying liquidity impacted the market’s ability to function during the height of the Covid‑19 crisis – and who was ultimately responsible for ensuring that orderly conditions could be maintained. However, the wider repercussions of the contraction of tier one banks offering prime brokerage from a decade ago remain unclear.

Financial technology firms and non-bank liquidity providers have innovated significantly in recent years, facilitating a host of aggregation and price discovery opportunities. This certainly seems to have helped maintain stability in the broader market, although it has to be said that we have noticed a number of tier one bank liquidity providers responding positively to that. Collectively, the advances in recent years by disruptors has helped ensure that the market was able to weather the storm.

How did this impact CMC in terms of pricing over the event and HR/logistics?

Simon Campbell: As with everyone else, CMC Markets certainly wasn’t immune to what happened in the underlying market as the severity of the Covid‑19 pandemic became clear, but with multiple sources of prime liquidity, a weighty balance sheet and the ability to leverage our own internal flows from retail customers, we were well placed to help institutions manage their own exposure. Like others, observed a widening of spreads and a reduction in liquidity, but – as previously mentioned – the recent innovation in the market certainly appeared to help improve price quality. There was also the fact that the diverse range of liquidity providers we take from were responsible for a marked increase in the frequency with which they were updating the prices.

Second, there was the reality that, as with all other institutions, we had to close our office and dealing floor. Typically, we would move to disaster recovery sites and spill over to our other offices around the globe, but by the start of April each of our 13 locations was shuttered. That meant a swift transition for everyone to be working from home. While that presents obvious logistical challenges, the fact remains that our technology is cutting-edge and is designed to be operated remotely. We don’t use any bespoke terminals so, as long as clients and staff had access to a computer and a broadband connection, we were able to continue operating in a business-as-usual manner.

You mention increased inbound messaging – just how dramatic was the change and how much more could systems cope with?

Simon Campbell: Across 61 major FX pairs, the average daily inbound tick rate increased by more than 150% when comparing the first three weeks of February against the period of February 24 to 26 March. Levels in April remained elevated, although only around 40% higher than historical averages. However, that didn’t leave our systems suffering from any undue load and there was plenty of redundancy left in the system, with additional protections in place in the unlikely event of our upper tick-rate limit being breached. With an expectation that latency will reduce further in the future, the resilience of the system is notable.

To what extent has the shuttering of offices and trading floors had an impact on market behaviour since the end of March?

Simon Campbell: I think that’s a difficult call to make, as we have the change in the physical environment to consider, along with the fact that the market went through something of a shock in the first half of March  – and has been reverting ever since.

So much trade is algo-driven that it is largely insulated from any change in the day-to-day environment anyway. Ultimately, however, attempting to distinguish between which changes in behaviour were consequences of ‘working from home’ versus those that came about in the wake of the market shock will be no easy feat for the industry.

There are suggestions that, while spreads have been tightening over the past few months, overall liquidity remains below the levels we saw at the start of the year. What patterns have you seen since?

Simon Campbell: The return to what we would consider normal spreads in the underlying market has certainly been a protracted one. Additionally, greater than usual widenings in spreads have been observed at lower volume periods, such as when heading into the weekend break, but we do seem to be moving towards more typical conditions. However, with uncertainty over economic recoveries still looming, markets seem set to remain atypically skittish for some time yet.

Does this leave the market better placed to deal with the next low-probability, high-impact event?

Simon Campbell: I’m not sure we can go so far to say it really leaves the market any better positioned, but it has certainly illustrated that the participants had collectively engineered themselves into a position where they were more than able to cope with a shock like this. The liquidity squeeze combined with businesses transitioning to a working-from-home mindset certainly had the potential to create a perfect storm, but ultimately that wasn’t the case. Every ‘black swan’ event is different, with its own unique traits, so we’ll never really know whether we are ready until the next one happens.