This year’s been a real grind for Luckin Coffee LK, +36.04% investors.

At one point, Lone Capital held $367 million in stock to lead all hedge funds covered by Insider Monkey. DSAM Partners had $146.2 million worth. Melvin Capital, Renaissance Tech and Tybourne Capital were also bullish on the company, according to Yahoo Finance.

So when the stock, which was already down 89% for the year, had its trading halted back in April amid an investigation into financial misconduct, the losses were felt far and wide.

But one retail investor with a PG-13 Reddit name took a particularly grievous hit.

Yes, StopFapForever, who claims to be a 28-year-old Italian, shared his brutal market mistake with the bunch on WallStreetBets. He apparently he went all-in on Luckin and lost his entire life savings in the process. “Now I’m broke af,” he wrote, posting this screenshot of the carnage: 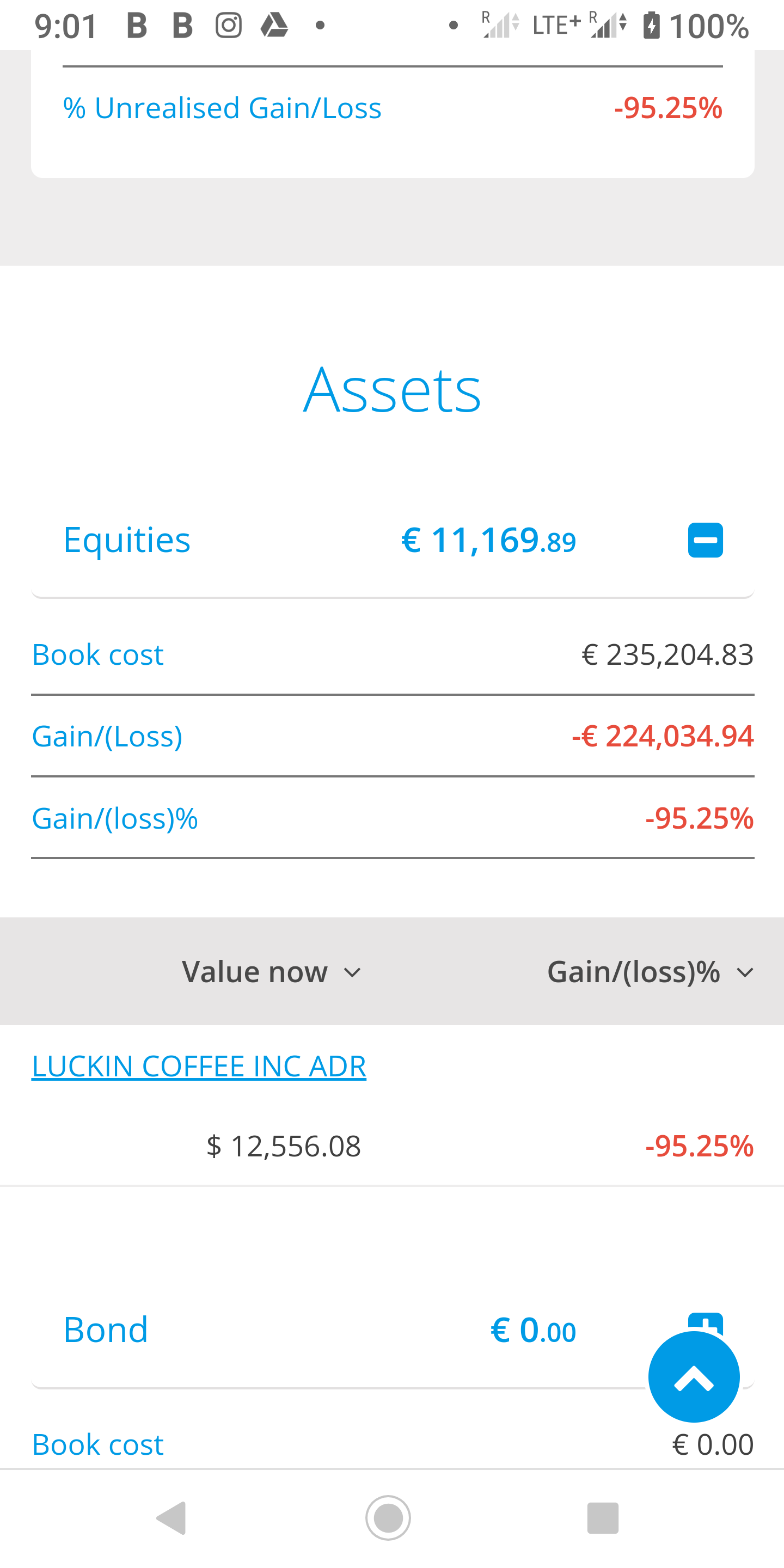 The top response fits the general theme of the unforgiving, risk-embracing Reddit group: “You still have over $12k left, come back tomorrow and finish the job,” lehacf wrote.

When pressed by the mob as to why he would take sink all that cash into such an obviously sketchy position back in January, StopFapForever, who says he still runs two business that should allow him recoup the losses within a few years, did his best to explain.

“It was before corona, lockdown and fraud,” he said. “Nobody knew back then. It went from 17 to 51 in 2 months from Nov to Jan. Could have just kept going instead of explode.”

After getting hammered overnight, he shared the expensive lesson he learned. “I’m gonna just invest in ETFs, gold and bonds for the rest of my hopefully long but quite useless life,” he said.

Indian Overseas Bank cuts MCLR by 30 bps, to bring down interest on loans