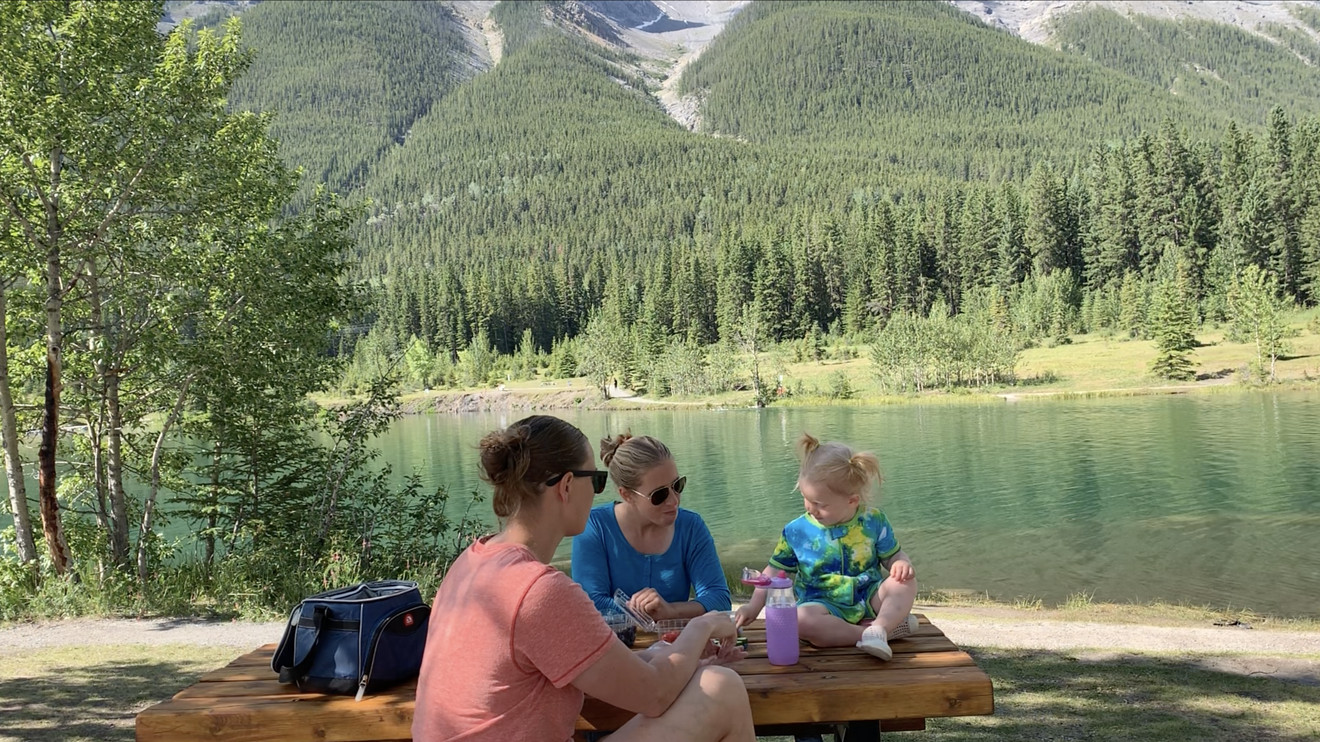 Raising children is expensive, but that hasn’t stopped Nic and Court from keeping their annual expenses below $25,000, even with a 2-year-old daughter.

It helps that the two are masters at the FIRE movement, short for “Financial Independence, Retire Early.” The Calgary, Alberta, couple officially became financially independent two years ago, when their daughter was born. Nic no longer works, and Court works part-time. Even still, they save half of her salary.

They live well below their means. The couple, who blog at Modern FImily, have $890,000 put away for their future, including five years’ worth of expenses in cash, and spend less than $25,000 a year.

“What we are able to do now in our 30s with a child, a lot of it stems from setting us up to be in this position when we were in our 20s,” Court said. Back then, they did it so that they could pay down debts such as student loans and a mortgage while also traveling, but the financial habits they developed a decade ahead made it easier to raise a child while being financially conscious. “We never really let lifestyle creep impact us.”

They don’t have cable, so they’re not influenced by advertisements, Court said. Health care is much more affordable in Canada than it is in the U.S., which naturally helps them keep their annual costs down. They’ve bought used, reliable cars so there aren’t costly repairs or monthly car payments. Much of their entertainment involves free or low-cost activities, such as ice skating on the local frozen ponds and tobogganing on hills in the winter, and walking around the neighborhood and by the creek during the summer. The only store their daughter ever sees them go to on a consistent basis is the supermarket. They cook a lot of their own meals.

“We are spending all of our time with her and show her we love her that way rather than feel the need to compensate by buying toys,” Court said.

Of course, they do still buy clothes and toys for their daughter, Finn, but much of those purchases are secondhand or hand-me-downs. The car seat for their daughter was new, but otherwise they often rely on online community groups to find families who want to get rid of stuff their babies never or barely used.

“There might be a stigma toward hand-me-downs and secondhand, but they’re using these items for maybe a couple of months, so they’re likely in good shape,” Court said. They buy bins of clothes, sometimes with 50 different items, for around $20.

Finn has a toy box that’s filled with all of her toys, and every week her parents switch out what comes out of the box, that way she can use her imagination and get creative about how they all work together. Some days, it will be toy trucks and a stroller, other days a doll. They rotate books by using the local library, as well as the little free community libraries near them (where neighbors place books in a box and pick out others to take home).

They are considering welcoming a second baby into their family, and have already run the numbers for that. Nic and Court save $2,500 a year per child for college expenses, as well as have extra money set aside in their budget to account for an additional child — money that will go toward clothes, extra food, activities and so on. They’ll also have some of Finn’s old clothes and items, like a high chair and stroller, that a sibling can use.

In the meantime, they will focus on teaching their daughter about money in an open way. Although Finn is only 2, they’ve already started to teach her the meaning of money. They collect and recycle their bottles for 5 cents apiece, bring her to the bottle depot and have her receive the money so that it can go in the piggy bank (except for the occasional trip for ice cream).

The pair also has Finn help around the house so that she can observe them working to repair their stuff. When they were caulking the bathroom, they had their daughter sit with them and pretend to caulk (with a sealed container). When she gets older, they’ll encourage her to work, such as mowing lawns or getting a job at a coffee shop.

“You learn so much from your parents and your surroundings by absorbing day-to-day life,” Court said.