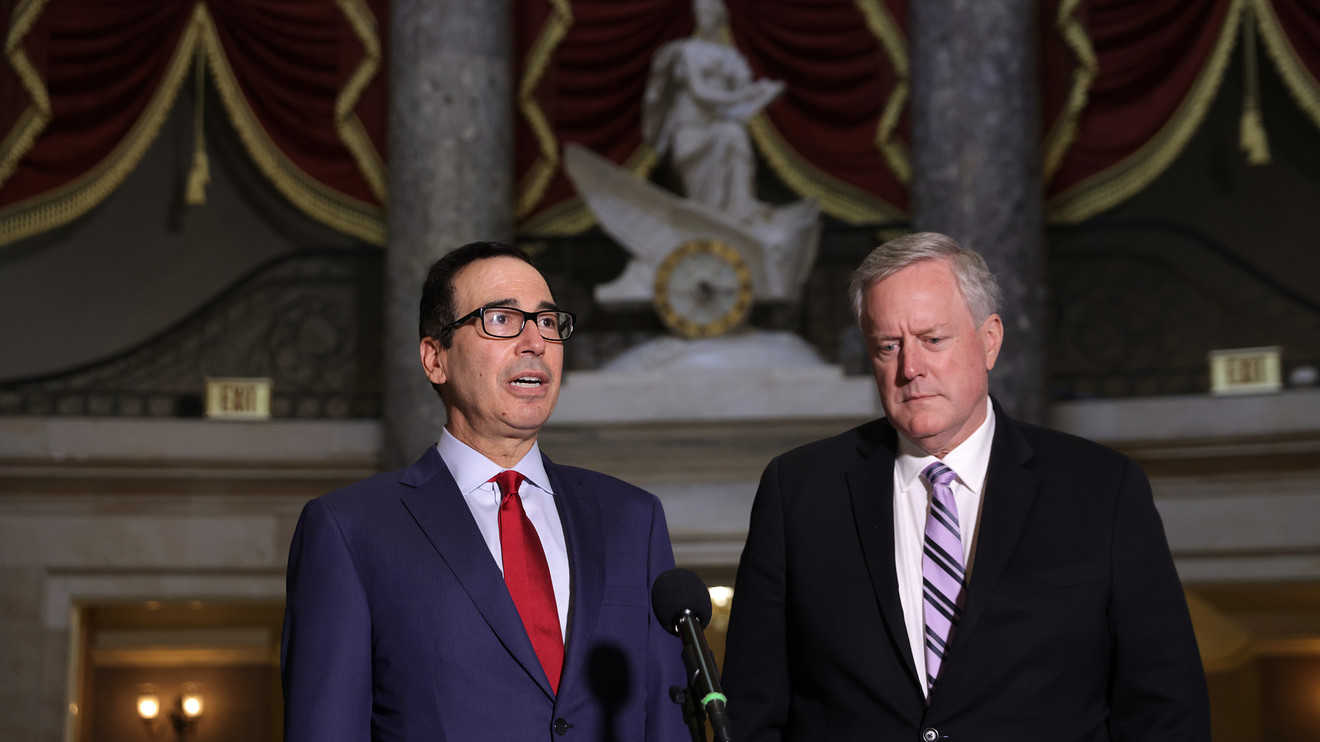 “At this point, we’re going to recommend to the president that over the weekend we move forward with some executive actions,” Mnuchin told reporters.

The Treasury secretary also said he and Meadows were willing to resume talks with House Speaker Nancy Pelosi and Senate Minority Leader Chuck Schumer if the Democrats made new proposals.

“In the meantime, we’re going to take executive orders to try to alleviate some of the pain that people are experiencing,” Meadows said. “This is not a perfect answer. We’ll be the first ones to say that. But it is all that we can do, and all the president can do, within the confines of his executive power, and we’re going to encourage him to do it.”

Trump on Thursday tweeted that he had directed his staff to “continue working” on a possible executive order on a payroll-tax cut, eviction protections, unemployment-insurance extensions and student-loan repayments. He told reporters later Thursday that the order could come Friday afternoon or Saturday morning.

“Some things he can do via Executive Order legally, others he probably can do but could be challenged in court (question here is who is going to challenge) and others he might do but will have minimal economic impact,” Bill Hoagland, senior vice president with the Bipartisan Policy Center and formerly a long-time budget staffer for Republicans, told MarketWatch in an email.

The main U.S. stock benchmarks closed slightly higher on Friday as investors tracked the stimulus negotiations and digested a better-than-expected July jobs report, with the S&P 500 SPX, +0.06% up 0.1% and the Dow industrials DJIA, +0.17% gaining 0.2%. Both indexes booked their sixth straight gains on Friday.

Jonathan Nicholson contributed to this report.

The Giving Pledge turns 10: These billionaires pledged to give away half their wealth, but they soon ran into a problem